Our thoughts, stories and ideas.

Modern slavery is the fastest growing criminal industry in the world and generates annual profits of $150 billion. It affects every economy, industry and sector.

The latest figures from the UN’s International Labour Organization estimate that more than 40 million people are victims of modern slavery, including almost 25 million workers trapped in forced labour.

The number of cases being reported across the globe is on the rise and you’ve probably seen some of these cases in the news.

What is modern slavery?

Victims of modern slavery are unable to leave their situation of exploitation, controlled by threats, punishment, violence, coercion and deception.

There is no ‘typical’ victim. Men, women and children of all ages can be affected, but cases are more prevalent among the most vulnerable people in society.

Modern slavery is a low risk, high gain crime. Exploiters will extort money from victims in many different ways. Then, when a victim is no longer profitable to an exploiter, they are discarded and end up on the streets, often with large amounts of debt. 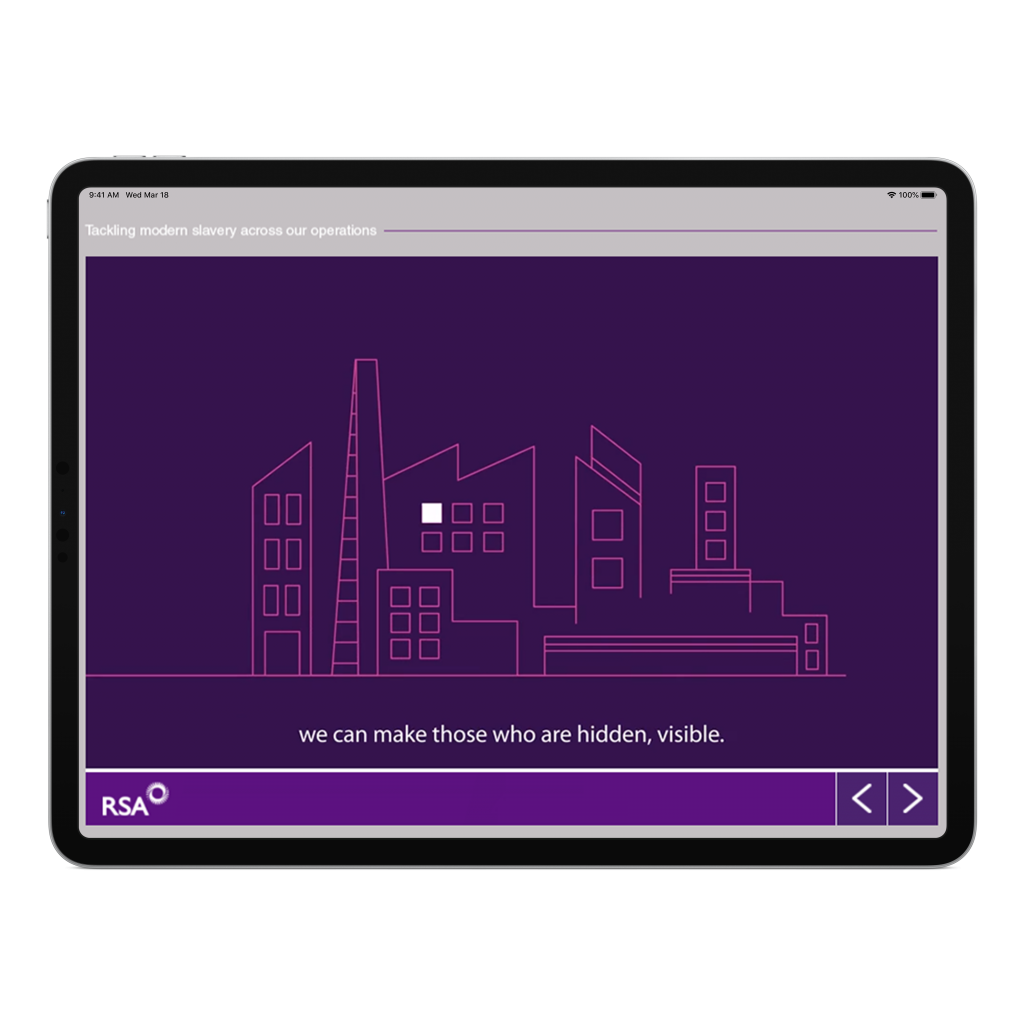 Dynamic has been working in partnership with Slave-Free Alliance, a social enterprise and membership initiative launched by the anti-slavery charity, Hope for Justice.

Their membership includes global multinationals, household names like Aviva, Dixons Carphone, Clarks and Arriva, as well as small to medium enterprises (SMEs) with only a few employees. They all share a common goal: working towards a slave-free supply chain.

Slave-Free Alliance is the business sector’s acknowledgement that slavery in supply chains is real and a key factor driving human trafficking in the developing world and across borders to countries like the UK.

What can the Slave-Free Alliance offer?

They offer a wide range of services and access to its experts, including training, gap analysis, due diligence, risk management resources, and help with investigations, crisis response, remediation and Slavery and Human Trafficking Statements (required for large businesses under the UK’s Modern Slavery Act 2015, but having one is considered good practice for organisations of all sizes).

Membership of Slave-Free Alliance is a simple way for employers to get the answers and support they need to combat this growing threat. 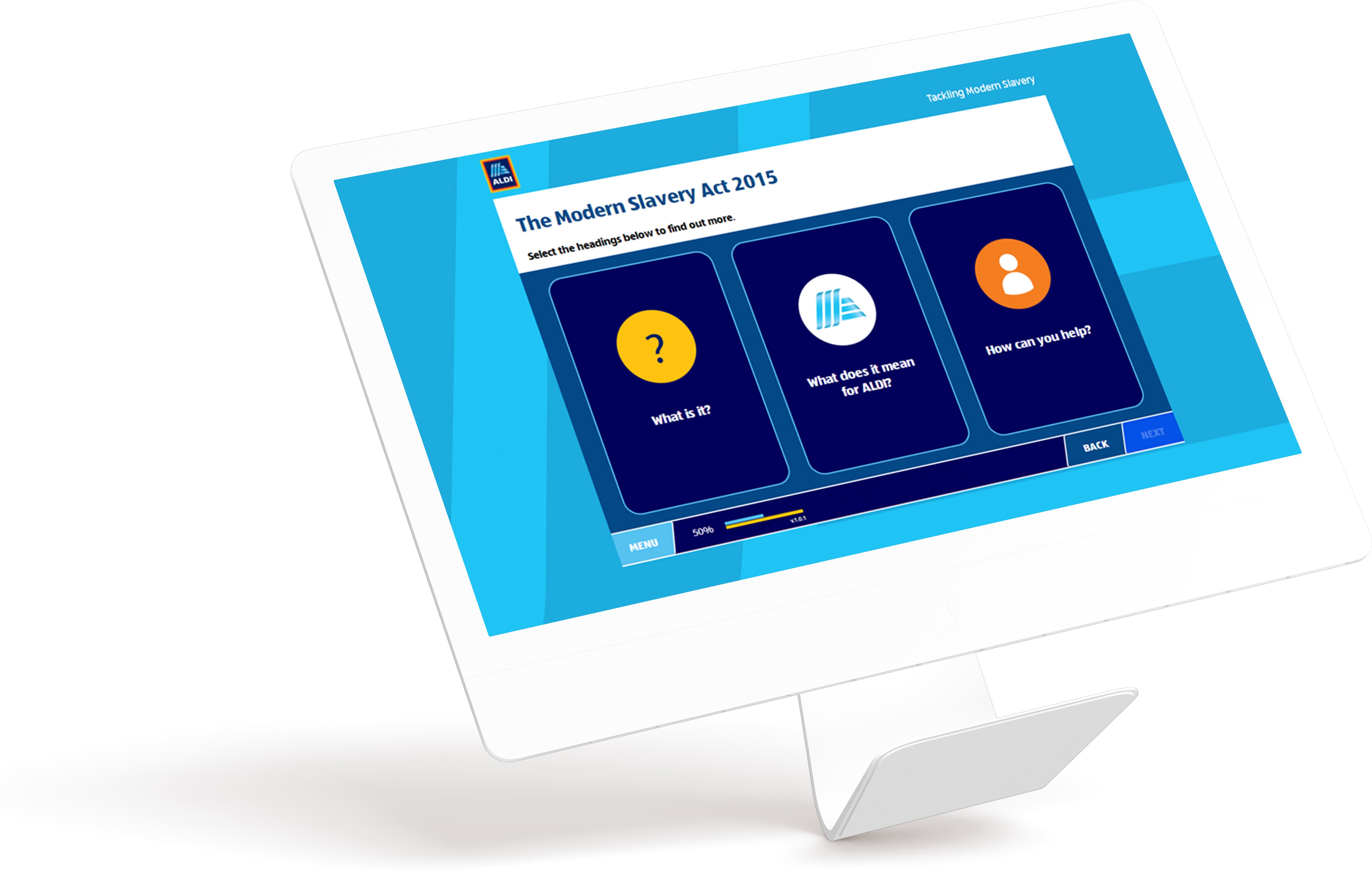 In order to meet the training needs of its members, Slave-Free Alliance has forged a relationship with Dynamic. Dynamic has extensive experience of providing training content on an enormous variety of subjects. We’d already built several Modern Slavery modules for clients, so were a good fit for Slave-Free Alliance as they looked to find an elearning partner. In the last 18 months, on numerous occasions, we’ve collaborated with each other and the particular Slave-Free Alliance member to identify the specific risks within the member’s business and tailor elearning packages to suit. The elearning helps to raise employee awareness of the signs of modern slavery and give them the information and confidence they need to help to remove modern slavery from their company’s supply chain. 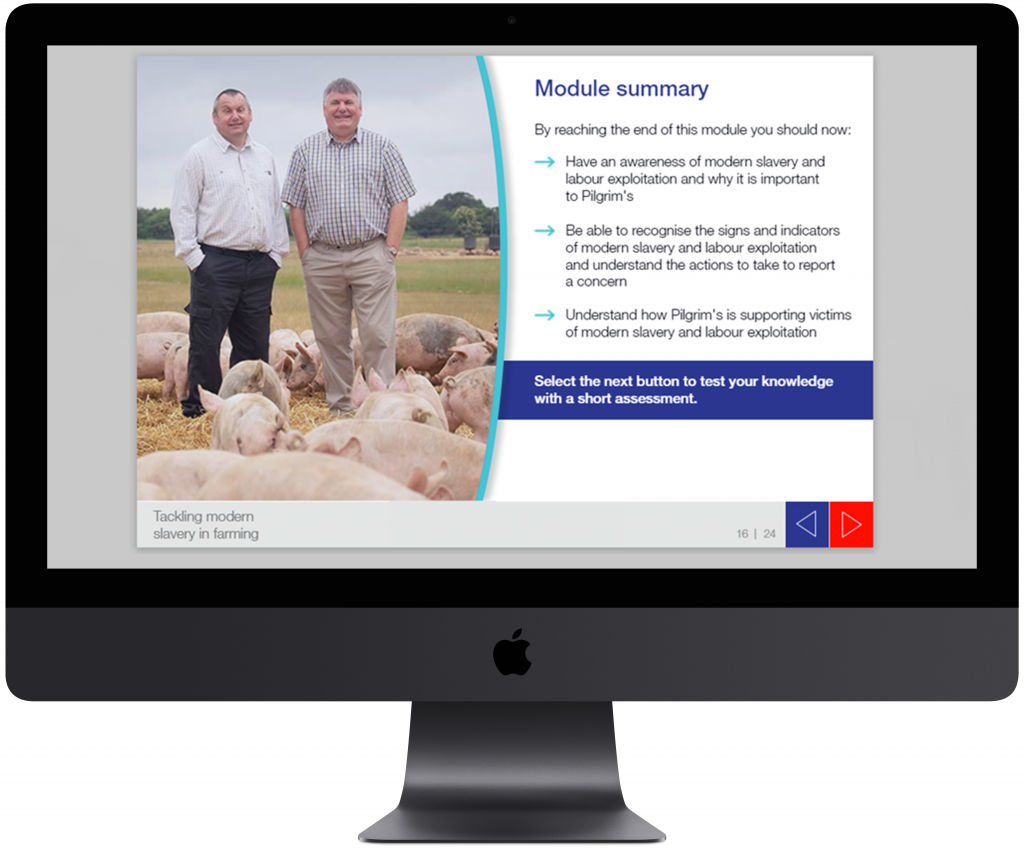 Our relationship with Slave-Free Alliance continues to grow stronger and we look forward to helping many more companies to identify and remove any instances of modern slavery in their supply chain and make it a thing of the past.