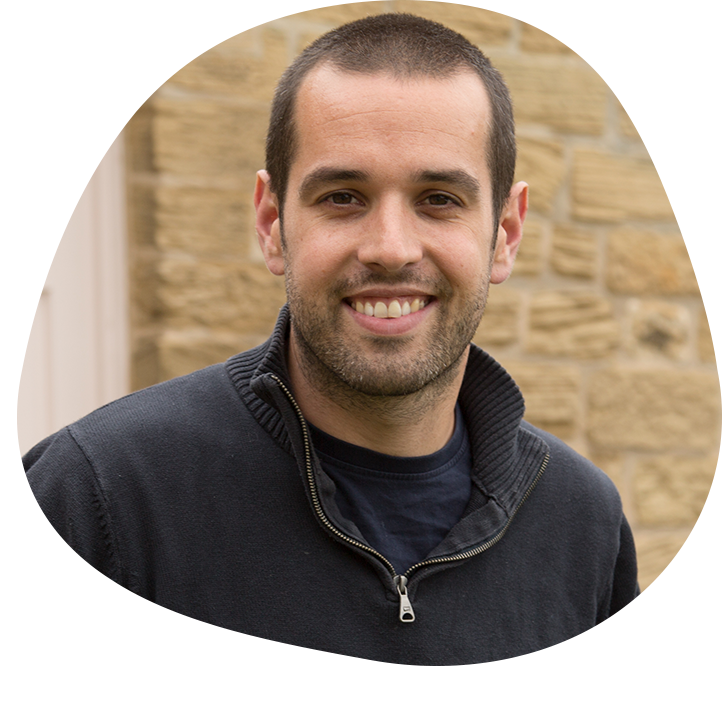 Why GDPR training is important to your business

As a business which handles personal data ourselves, we know why GDPR training is important.

Firstly, putting ourselves in the shoes of our clients and colleagues, we hate the thought of our personal data getting into the wrong hands. More than that, we simply hate the thought of not knowing where our data is going or what it’s being used for.

This is where GDPR comes in and it’s why GDPR training is important to your business.

What is GDPR? GDPR in a nutshell

Type GDPR into Google and you’ll be inundated with page after page of jargon-heavy explanation around data protection law. Most of these pages won’t help you see why it’s not only important to you and your staff, but also vital you all recognise the implications of misuse or careless handling of data.

So, simply put, GDPR stands for General Data Protection Regulation. It’s a law created within the European Union to protect the personal data of EU citizens and now incorporated into UK law, although because of the nature of modern business, it affects companies all over the globe. And that probably means you and your company. 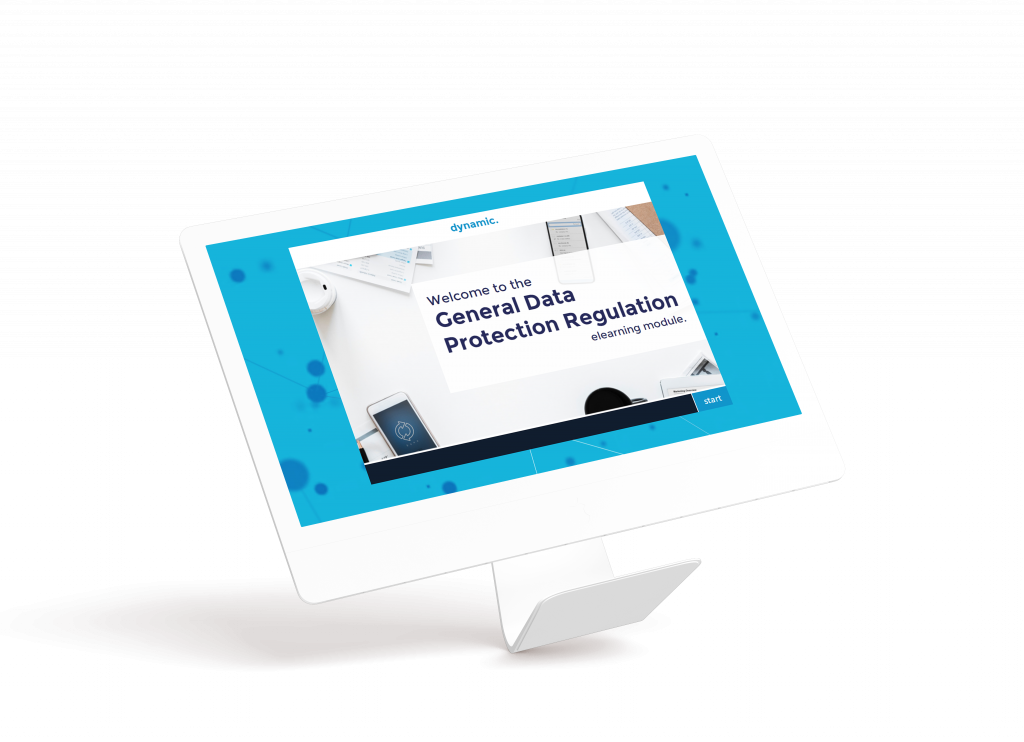 GDPR is very wide ranging, emphasising the need for your company to be thoroughly on top of it.

To give you a quick snapshot, GDPR covers the basics you might expect, including:

But it also includes other information, such as:

…plus plenty more, but that’s for another time. And when you look at one of the elements above in isolation, they seem fairly innocuous. After all, we give our details out to strangers on a regular basis.

But here’s the thing: together, they act like a jigsaw puzzle, forming a very detailed picture of people’s lives. This is why, when people’s data is held by companies, making sure it’s secure is of paramount importance.

Breaches of data security have serious consequences, so making sure your colleagues are aware of GDPR compliance has never been so vital. 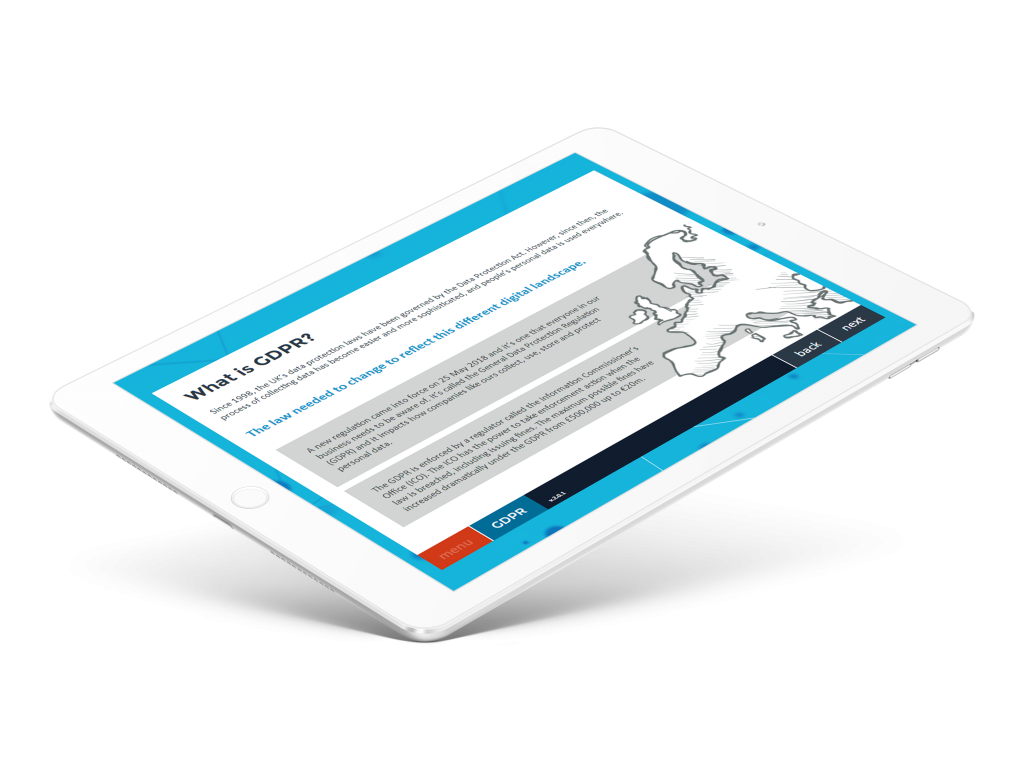 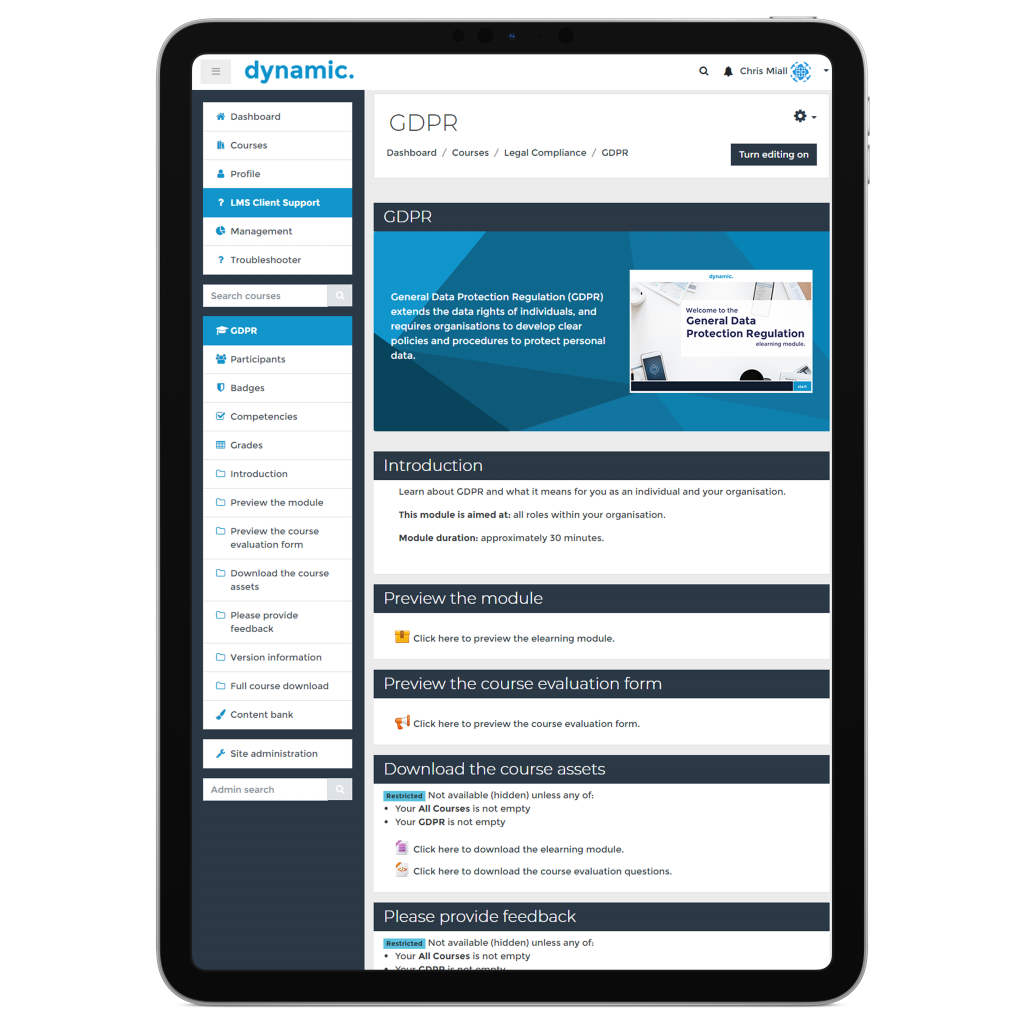 What are the consequences of my team not being fully GDPR aware?

Personal data is a big deal. In fact, data plays a major part in a trillion dollar industry.

You don’t have to go any further than Google or Facebook to see why. It’s why you get ads in your feed or on the pages you search. Only this summer, The New York Times reported that Facebook’s annual ad income had risen 56% to $28.6 billion, based on targeted ads.

As for Google’s ad revenue, well that’s even bigger at a reported $150 billion, so you can see why organisations place huge value in data.

Data breaches are a huge deal for companies. For instance here, in the UK, the maximum fine for a GDPR infringement was set in 2018 at £17.5million or 4% of annual global turnover, whichever is the greater.

For any company, that’s really going to hurt. And the thing is, breaches happen – even to companies that you’d think were on top of everything – for example:

British Airways were fined £22 million when the booking details of 500,000 customers were stolen in an online attack.

To reduce the risk of these penalties, more and more companies are making staff aware of GDPR. Because, had GDPR training been in place, it’s likely the fines above could have been avoided.

With training, GDPR breaches are preventable

In other words, you shouldn’t process personal information, especially sensitive personal data surrounding health or beliefs, unless it’s for a specific use. 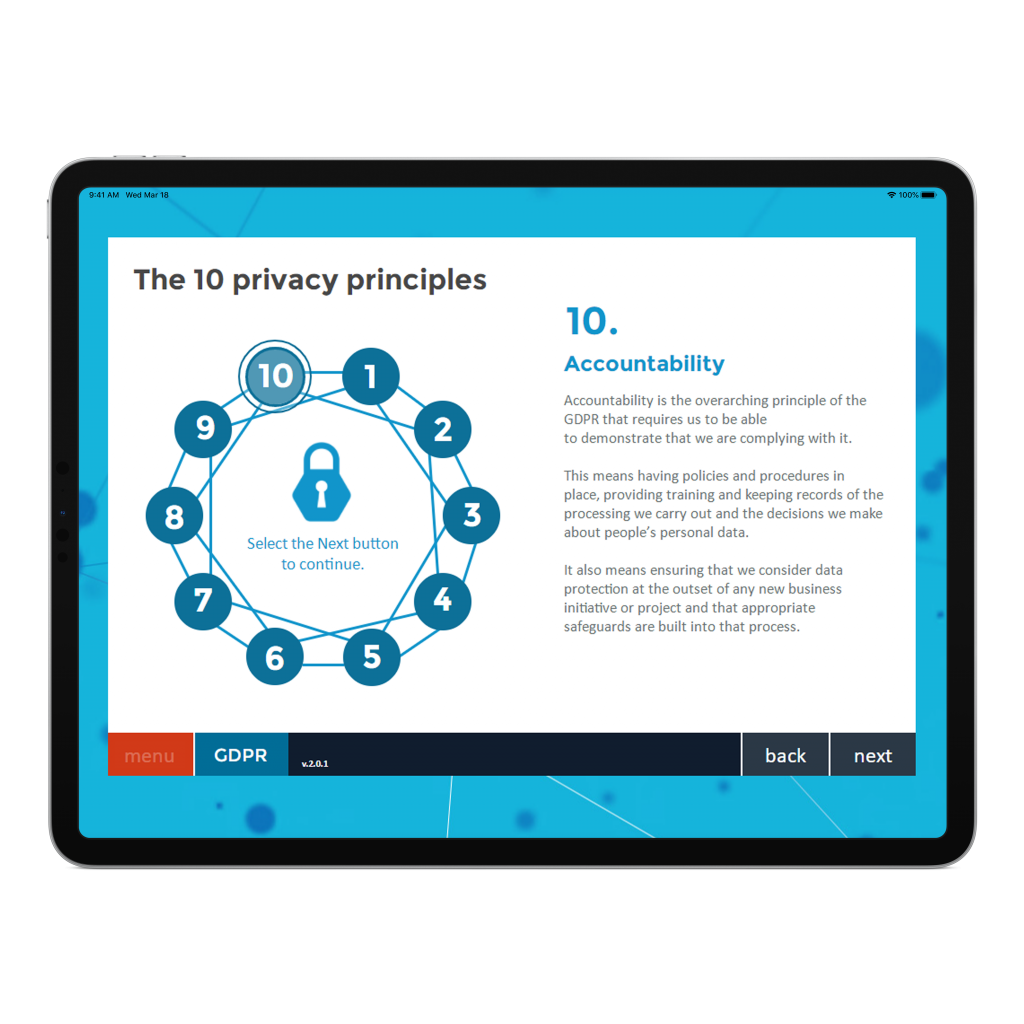 GDPR training can do so much more for your business.

Apart from ensuring that your company doesn’t face a huge financial penalty, the 5 major benefits that GDPR training can bring to your organisation are:

According to research by WillisTowersWatson, 90% of online data insurance claims can be attributed to human error, so just think what a GDPR Awareness elearning module could do to change behaviours and avoid costly errors.

DSARs cover the rights of individuals to know what’s happening with their personal data. All too often, these rights are initially dealt with by frontline staff. A tailored elearning course could equip your staff with the skills to recognise not only when someone is requesting that right, but also how they should act when handling such data.

GDPR training can give all of your employees a great overview of what GDPR is and how it can affect your company. Not only that, it will help all your staff to pull together as a team to help prevent any breaches.

Supporting any claims against you

As a result of being GDPR compliant, you naturally create documentation. If you use any kind of online GDPR Employee Training Programme for your staff, your documentation can provide evidence that you’ve taken the necessary steps to prevent any breaches.

Be seen to be doing the right thing

According to the ICO’s Commissioner in the UK, Elizabeth Denham: “GDPR is about moving away from seeing the law as a box-ticking exercise and instead working to build a culture of privacy that pervades an entire organisation.”

So, by carrying out, or offering regular training or GDPR elearning, you’re not only keeping ahead of GDPR requirements, you’re also complying with Articles 39 and 47 of the regulation, which places security awareness training of employees as a central goal.

On top of that, a good elearning training course on GDPR can have a positive knock-on effect, which not only helps your corporate and social responsibility initiatives, but also positions your company as a more attractive employer to candidates.

Put like that, it’s easy to see why more and more companies are providing off-the-shelf elearning courses on GDPR for staff. And given the way a lot of companies operate in a unique way or provide specific products and services, even easier to see why many are having their own bespoke modules created for them.

Well, actually, if you find the right elearning company, it is. 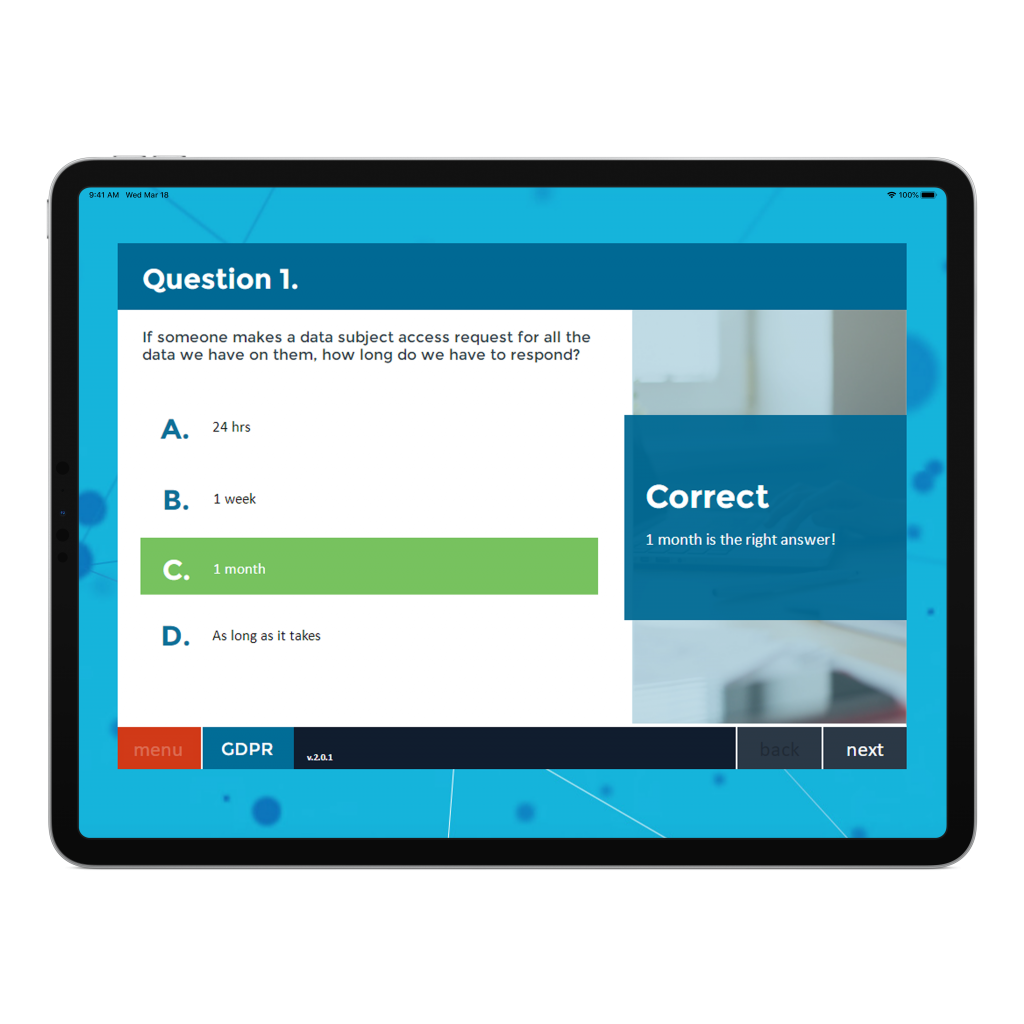 Educate your employees in GDPR with engaging and memorable content

Here at Dynamic, we have great experience in providing elearning courses in GDPR for major brands. Take The FA, for example, who Dynamic has worked with to produce a bespoke elearning module designed to give every employee and future starter a solid grounding in GDPR.

The FA is an organisation which holds personal data of hundreds of thousands of people including players, fans, coaches, employees and children. So as you can imagine, the amount of data processing involved is incredible. And you can see the importance of every single employee at The FA, not only knowing their way round GDPR, but being able to implement measures to protect everyone’s data.

We created a highly engaging elearning module using an approach, based on a football TV programme, covering all aspects of GDPR laws in action. You can see the full case study of our GDPR elearning project for The FA, right here.

If you’d like to know how we can create the best GDPR training course for your company, why not contact us, today.